skip to main | skip to sidebar

Its been over a month since I posted here on Blogger - I'm over at my own (hosted) site : www.michaeljmaguire.com fixing it up and playing around with stuff, I plan to post up some of my work there - and thus retain my own copyright.

I've temporarily stopped using blogger.... it got a bit buggy on me.

You can check out my twitter, linked in, friendfeed and other stuff here too...

Posted by Unknown at 6:26 AM No comments:

What the 66 Million Irish actually have in common

Over at the Boston business Journal they are providing the following Census Bureau ancestry data for 46 metropolitan areas.

Here's some of the figures in percentages of residents who were happy to have 'Irish' listed as their primary ancestral group back in in 2007:

All of the above (& the rest) adds up to 22.6 million Americans claiming Irish as their primary ancestry, which is great makes me happy to be part of something that big, that global, that important, and if we include the UK, 35.5% of their 62 million population is Irish or of Irish descent too. Even Bigger !!

That's almost another 22 million. So including some other major territories like Australia where we can add another 2 million or so, add too Germany, Italy, France, Holland, Spain (where we also fought for independence on their behalf )add the majority of South American counties with some paddys at large, Mexico, and bits of Norway, Finland, Sweden, Japan, China, everywhere you could raise a glass, dance a jig, recite a poem, sing a song, grow a spud, or dig a hole until we get, a global Irish ancestry population of approx 60 Million. Now I'm a very insignificant part of a very significant whole.

Which of course is doubly interesting since only about 6 million or 1 tenth of that number of people currently live in Ireland, that's north, south and others born elsewhere.

Anecdotally that resident 6 million is made up of US multinational software and medical device executives, visiting German, Chinese, Korean Academics, The Italians, dutch, Hungarian Call centre workers, the lots and lots of English and British People who just got feed up of England and Britain.

Lots of Polish people who started as economic migrants and stayed because they discovered we were very like them in a not Russian, nor German nor American nor even British way. The Latvians who followed the Polish. There are also lots of refugees and Asylum seekers that arrived when the Celtic tiger was roaring the cash away, many from Africa, adding another rhythmic twist to our cultural beats, and adding additional skin and vocal tones to our future linguistic diversity of slanguage and gugg id da bugg id ah.

Apart from our once colonial conquers, we never did get around to starting a serious fight with anyone but ourselves. We spent a lot of time, reading writing and (sorta) peacefully spreading the word across the global stage, even if we did on occasion get drunk when we finished spouting it all.

All of which creates a strange dichotomy, what is it that is now the essence of Irishness ? I mean diddley Idle in China and River dancing and Shouting Stout and the Irish way of a lilt of love for langauge, out revivalist 'techno smart-arsery' its all still there, or rather here, and our culture is being enriched by daily additions to it, but the old begrudger in us still lives on, that J.B. Keane 'my field' materialism that ran rampant throughout the rise and fall of the Celtic Tiger, it still grabs and grasps and backhands and winks and nudges in the dark and hidden corner of our little business world, but a few greedy bastards in the banks and builders winked and backhanded too much, they fanned the incentive culture, messed their vision from far too much winking, like in so many other parts of the world, until it became an insensitive culture flaming out of control, driven only by profit, numbers and personal welfare, the Irish 'cute whures' found themselves mauled by a dying Celtic tiger and abandoned to their own obsolete development plans for world domination. Good enough for them and the wasters that facilitated it.

That most Irish of Traditions, the Wake, is now where we can find ourselves, watching the economic pointers go south, watching share price collapse, witnessing 'loss of value' for shareholders, listening to the whinging taxi drivers yet again, point scoring politicians trading insults and blame, ejets of economists claiming they were warning us all along, we're at the wake for the celtic tiger and all the banshee crying and whinging is going on all around and from all quarters, but like any real wake, its supposed to be about the celebration of the person's life, their achievements, how they enriched the lives of others, not with cash or investments but merely by there presence and human input, the tiger's wake is a little less human, some of us are just glad he's finally kicked the bucket.

Yes personally I am genuinely glad the tiger is dead, as one who didn't get sucked into its claws of greed in the first place, I feel justified in my choices to remain apart from it. I am proud to be Irish, whatever being Irish today means to so many millions of people, I know what it means to be me, I know that despite others adding labels and the rise and fall of economic animals, I can still feel good about who I am and the tribe to which I apparently belong, I play with my Irish kids, I read Irish Books, I eat Irish Food, I walk Irish Streets, I listen to Irish Stories, I live an Irish Life and I'm happy to be me and an Irish me at that, Happy to be Irish on a Happy St Patrick's Day.

The one thing that I know all 60 million of us have in common is, we want to be Happy.
Posted by Unknown at 7:21 AM No comments:

Think I'll give the INTERNET thing a rest for a while.
Posted by Unknown at 7:25 AM No comments:

Fun in the Snow.

Writers and makers read lots and lots of stuff don't they ? In this age of alleged information overload - How much and what sorts of stuff should we be reading then ? 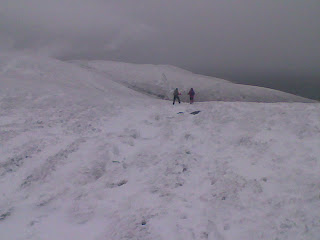 Well I was completely snowed by the recent deluge of twitter information I was foolishly trying to absorb, various advice and info about the correct, proper and complete ways to create, promote and sell, literally anything !

Apparently even in these recessionary times we can all profit by subscribing to the views of those 'experts' who, for a fee, will teach us to market just about anything, from ducttape to toilets, from marketing books on complete marketing strategies complete with free ebook - offering what else but 'how to write a complete ebook' to today's writing white papers about how to write white papers - Is it really just me or is part of the internet marketing and PR industry going up its own behind right before our very eyes ?

The mobile phone photo above was taken by my wife while out walking in the mountains with some of her friends - its two of her walking buddies having a bit of fun in the snow - something to which I can now relate - completely.
Posted by Unknown at 7:15 AM No comments:

Now the image to the right is an archetypal blank page - which many creative people just love to encounter. However more than a few writers I know, aren't that fond of a blank page, even if it's part of a famous 'moleskin' notebook. Many of us prefer the merest of hints, a kick-start, a slight nudge, something small that prompts additional output or even leads to creative crescendos and that, ever elusive, flow. and of we go, the bottom or so, the next

Chris or someone in my twitterstream pointed me to this site, which I believe is very entertaining and inspirational,you should have look and make up your own mind - all of the images are copyright.

http://moleskinex4.blogspot.com/
Posted by Unknown at 9:38 AM No comments:

What I want for Christmas 2008

Dear Santa, May I have one of these Please:

Posted by Unknown at 6:35 AM No comments: 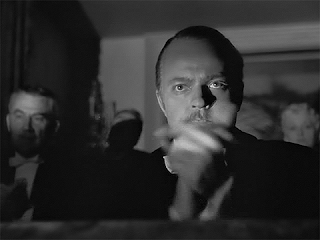 Over at the Irish Arts Council, they came over all new media recently, yet I'm sure some traditional Irish phds could prescribe a suitable course of treatment to remedy that situation.
In the interests of freedom, information and national progress, they have even gone to the trouble of putting up several files offering audio etc from the the various strands and break-out sessions from the day.

I really must say, having listened to and viewed pretty much all of the material, in part hope of some free education maybe, I learned little if anything new, also, with the exception of some comments from the artist Conor McGarrigle the majority of the information and opinion struck me as both dated and somewhat skewed, any central idea that there is only two major perspectives on 21st century creativity and that new media is merely the web or web + mobile, or webtv & podcasting and blogs, just ridicules the whole point of bringing so many people together for a 'new media and the arts' discussion in the first instance. But this is a state sponsored body remember, so you can really only expect state sponsored thinking.
I got peeved with Keen's condescendingly curt dismissal of the collaborative novel project 1 million penguins - and his overall myopic pigeon holery in general. While good ole gooner charlie leadbetter did 'pitch in' on the merits of potentially new paradigms, and despite the presence of the ever popular John Kelly, the whole thing still managed to come across as a private champagne party in some poor unfortunates' desert. Thanks god we'll be back to proper civilization soon eh charlie...back behind our own familar gates.
New media is exactly that, it's media that is new, as opposed to old and we all know what old media is.. the fundamental difference between old media and new media is quite simply: access.

So it was illuminating to see so many representatives of the gate keeping fraternity on the role call prepared to discuss all aspects of it.

What with the draconian IP laws in ireland and the EU, It's like potential criminals visiting a prison officers convention to learn about freedoms of expression. We had RTE, Microsoft, the education sector in various guises and then a few self interested self promoters there to snag a bit of business and tell us what the best (them centric!) methods were. Which again is entirely counter-productive to the spirit of new media.

Oh I could rant for hours about this sort of cultural hegemony... but I won't.
Posted by Unknown at 8:03 AM No comments: